I recently browsed the upcoming concert schedule for Toronto venues and next month, Hugh’s Room is presenting G2R (details at end of story), who play the music of Genesis, one of my favourite bands I listened to in the 70’s & 80’s.

I was always a huge Peter Gabriel fan but must admit I always prefered his solo work (Shock the Monkey, Biko, Sledgehammer), and that cheeky-monkey Phil Collins always made me smile whether he was on the drums or on screen with his movie career. When I read about G2R, I knew I had to reach out to them and learn more so I connected with band spokesman and keyboard player, Doug Chase (pictured below) who told me more about the accomplished Canadian musicians who make up G2R and their journey through Genesis’ musical history and repertoire. 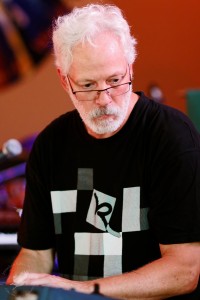 Doug, what inspired the formation of your band, G2R and why the name?  I think individually we have all wanted to do this very amazing and difficult music and then it kind of happened by accident. G2R is short for Genesis to Revelation which was the first Genesis album and has a ‘beginning to end’ connotation which fits with us doing all eras of Genesis music. We didn’t want to use ‘Genesis to Revelation” because it might confuse listeners into thinking we were just doing music from that first album.

How did all the players come together – were you all friends or previous bandmates? Three of us met at an audition. And it took us a while to find the right singer and drummer;  we lucked into finding a top notch drummer in John Walker and then we met vocalist James Hastings. A lot of people can do Peter Gabriel or Phil Collins decently, but not many can do them well. James does them both brilliantly.

How long have you been performing as G2R?  We’ve been putting this together for about 5 years but finally playing for the past two years. Our music is a tribute to Genesis and we play it with the utmost professionalism and dedication to honour the music.

Who are your audiences? Are they boomers or younger, prog-rock fans? It’s more boomers than anything, but people of all ages enjoy our music for sure. Genesis is a bit more niche than bands like The Beatles or Queen, so the kids haven’t found their music quite as easily. But once they do, you won’t find many people who don’t enjoy Genesis music. That’s the great thing about Genesis – they explored so many avenues so they’re bound to connect with just about everyone on some level. 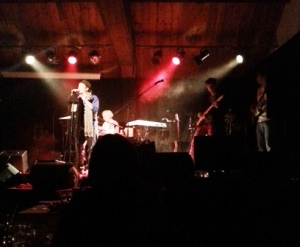 Who do you prefer: Gabriel or Collins…or another era? We like all eras of the band but with one commonality – where the music has depth. ‘Selling England By The Pound’ was concise and had great melodies and beautiful arrangements, as did ‘A Trick Of The Tail’, ‘Duke’ and ‘We Can’t Dance’. Genesis was never afraid to venture into new directions, but every album still maintained an utmost dedication to being true to themselves and their music at that time. We enjoy playing ‘Second Home By The Sea’ as much as ‘In The Cage’. Some of our audiences prefer the Gabriel era while others prefer the Collins era but we play music from both eras – eventually everyone hears music they love. 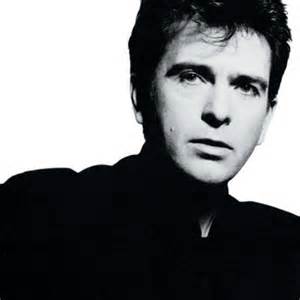 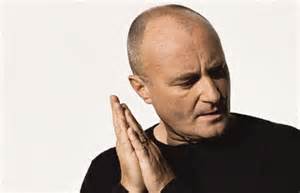 What songs are most requested by your fans? Fans love hearing ‘Carpet Crawlers’, ‘In the Cage’, ‘Mama’ and ‘Watcher of the Skies’.

Where have you previously played and what upcoming shows can your fans attend? We’ve played theatres like The Blackforest Inn in Waterloo, The Jazz Room and others and had dates set up for The Shenkman Centre in Ottawa, The Rialto in Montreal and places in Quebec City and Cape Breton…..until Brian May of Queen called up our guitarist Bob Wegner and asked him to come do We Will Rock You in Europe for a few months. So Bob is now in rehearsals for We Will Rock You down in warm sunny Florida and our original Spring tour has been postponed.  But it’s the upcoming show at Hugh’s Room in Toronto that is uppermost in our minds right now….we want to rock Toronto!  Please visit our website for news of performance dates later this year once Bob returns. G2R official website: http://g2r.ca/