Decided to be a “tourist” in my own back yard today. Weather was a bit warmer (balmy compared with Tuesday’s -12!) so I wandered into Williams-Sonoma on Bloor St to meet some of the food artisans who were showcasing their wares.  First off, DAVID MARCUS from DAVID’S CONDIMENTS  www.davidscondiments.com who was sampling his hot’n’spicy rubs, marinades and seasonings. 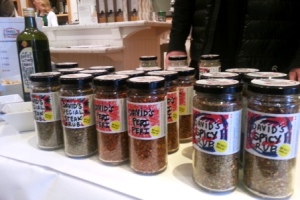 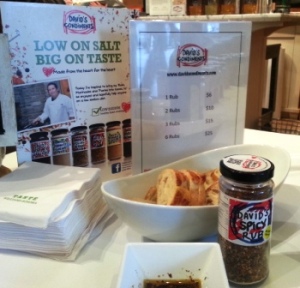 Then I met the cute couple behind BURNER HOT PEPPER SAUCE who were busy heating up the cold shoppers. Check out their online store for all the flavours and levels of heat.  http://burnerpeppersauce.com/shop/ 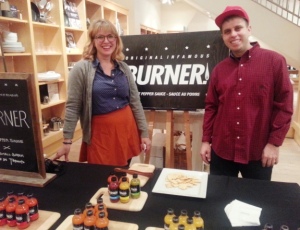 Next door to Williams-Sonoma is the new Holt Renfrew Men’s store and I was stopped in my tracks when I saw this thru the window….

A giant head sculpture by Douglas Coupland called Gumhead – you take a piece of bubblegum from the old-school dispensers, chew it and then stick it on the head. Hmm, I don’t think so, but I did plant a kiss (no tongues!) on the statue for good luck.

I then popped across the street to the Bloor St Market in the Manulife Centre to pick up a few groceries and I found SUMMER’S ICE CREAM being sampled. OMG…..Summer’s is THE best locally made ice cream and I frequently drop into their ice cream parlour on Yorkville Ave for a scoop or two during the summer months. They’re now selling their super deelish treats in tubs in selected grocery stores  http://www.summmersicecream.com 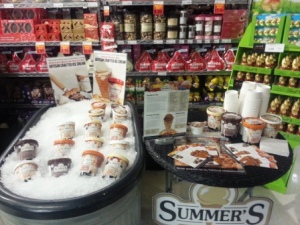 As I headed back home along Bloor, I walked past the famed STOLLERY’s clothing store at Yonge & Bloor that had recently closed after 114 years and my heart broke to see what was being done to the beautiful building…. 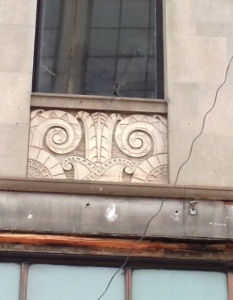 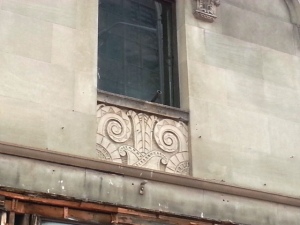 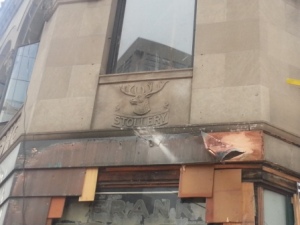 … ripping out the beautiful window frames, friezes and stone carvings, as well as peeling off all the copper flashing. Their website  http://www.stollerys.com/ says the store was to close at the end of January but I guess the greedy developers couldn’t wait to get their wrecking balls on this iconic piece of Edwardian architecture.  This makes me sad, angry and very disappointed with the City of Toronto for allowing this to happen yet again to one of our beautiful old buildings.

Hope you liked joining me as I played tourist in my own neighbourhood ….follow my blog for further adventures and scroll down for other cool news and previous events.

TAKE A STROLL ALONG TORONTO’S WATERFRONT

It’s been a blustery old day today with big grey clouds chasing each other across the Toronto sky…my favourite kinda afternoon to spend down on the city’s lakefront. I started off by taking the streetcar to the beautiful “Music Garden” at the bottom of Spadina Ave. The gently rolling landscaped grounds offered up visual treasures around each turn of the path….. 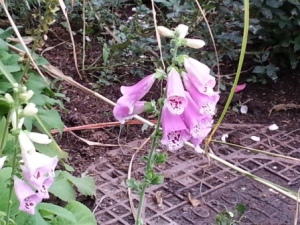 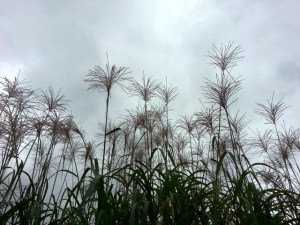 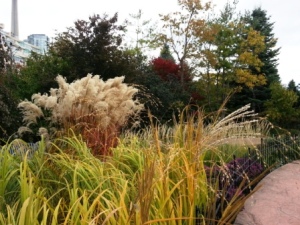 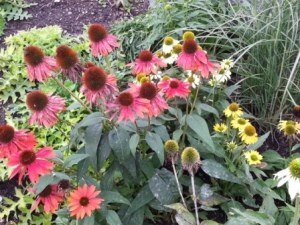 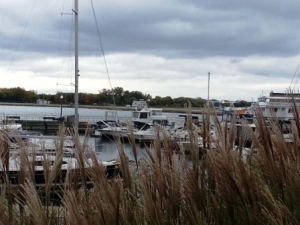 Even on an overcast day, the waterfront looks amazing and this was a great day for an adventure….so I pressed on. 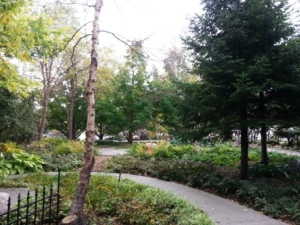 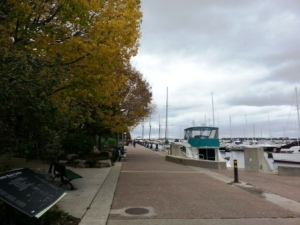 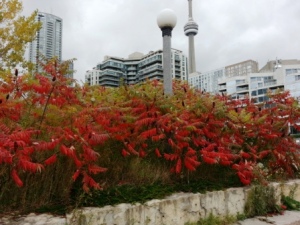 Yaaaar, matey! I played pirate with the Empire Sandy, one of our famous tall ships that are pressed into service every summer, ferrying tourists on booze cruises around the inner harbour and islands. 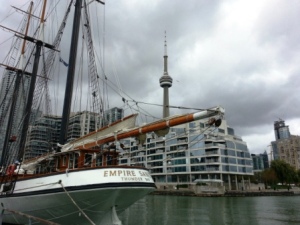 My personal opinion….leave those damn fish alone! Too much mercury, I don’t care what anyone says.

Found another of the tall ships tied up and getting ready to wait out the snow and ice of the coming winter. 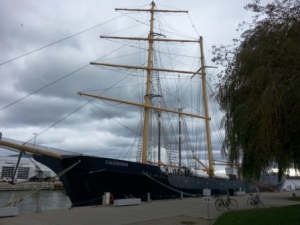 As I walked east towards Queen’s Quay, I passed by the emergency rescue & water police services and was greeted by this pretty tree wearing its fall red coat…then around the corner I saw the moving memorial (The Last Alarm) to those who lost their lives during rescues. 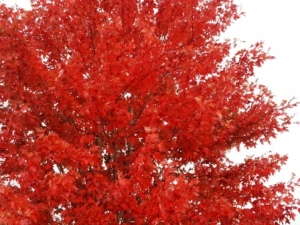 How incredible does the waterfront look here? Wow…and all the colours of the boat hulls, up ended and stored for the winter. Love the photo with the lone gull standing guard (bottom)…I call this shot “The Sentinel”…LOL 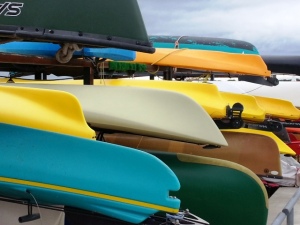 As I watched these two yachts (below) battle the wind, I wished I could be out there, all very Moby Dick of me….or was I looking for my Gilligan moment?!

Sooooo……I took a cruise! One of those touristy 1hr boat rides around the islands and along the waterfront that was only $25. Best twenty five bucks I’d spent in a long time. Nice bunch of fellow sightseers, cheery crew and the scenery was magnificent, don’t ya think? 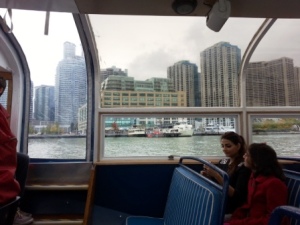 This is an adventure anyone can have, especially if you’re bored, alone and have a limited budget. The walk along the waterfront looking at all the beautiful plants and tress and boats cost me nothing and if you don’t want to spend a lot on a guided cruise, hop on one of the Ward’s Island ferries that run throughout the fall and winter months. Ahoy, matey, Gilligan and Skipper would be proud of you!