THE LITTLE TORONTO NEWS SITE THAT COULD – MEET PUBLISHER KJ MULLINS OF NEWZ4U.NET

About 18 months ago, I was introduced to one of Toronto’s unsung heroes, a woman who launched a news site that champions the underdog stories and gives a voice to those causes and issues that don’t get much exposure in mainstream media due to their lack of media “sexiness” or mass appeal. These are the stories that confront day-to-day life and issues in the naked city.  KJ Mullins is passionate about Toronto and her neighbours, and publishes her daily NEWZ4U.NET e-newspaper with the help of talented reporters and photographers dedicated to bringing the real news to you without corporate or advertiser “filters” and without fluff or filler content.

I recently sat down with KJ and asked her to tell us all about NEWZ4U.net and what prompted her to create the site.

Tell us a little about KJ Mullins – what is your personal journalism/business background?
KJ: I started out in college on the journalism track but went to drama/psy instead. Ten years ago after other jobs and being a stay at home mom, I got the writing bug again and this time went full steam.  One of the first articles I wrote back in college helped to bring forth positive changes for disabled students rather quickly, and seeing that I could make a difference was really powerful.

What first inspired you to create Newz4U & what news niche wasn’t being fulfilled by the national newspapers?
KJ: I wanted to get my voice out there and the voices of others who may not fit into the mainstream model. Social issues like homelessness, poverty, LGBT issues and the arts are often overlooked in the mainstream because if it’s not a ‘front and centre’ story it isn’t sexy. The same is true with stories on the city’s front line responders – in mainstream media the motto of if it bleeds it leads also means that stories about good works aren’t covered. It’s rare to find articles about the various Kops and Kids programs that do curb youth violence. 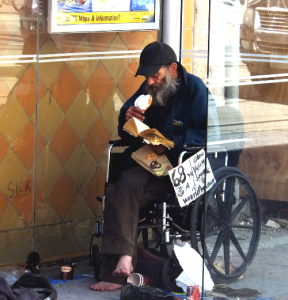 How did you source your first news items?
KJ: We have always sourced our news items in the same way; with on the scene and through interviewing with fact checking. We also use reliable newswires for additional coverage.

What sort of feedback did you receive from readers once the first few editions were e-published?
KJ: Knock on wood, from the beginning we’ve had positive feedback. For the readers who had personal issues in the city like a pot hole appearing and reappearing at their Toronto Community Housing building which we helped to bring positive results, the feedback was extremely positive. 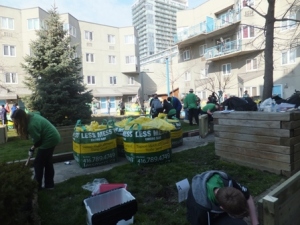 Who are your readers and how do you reach them?
KJ: Our readers are mostly from Toronto and are generally 25+, evenly mixed between genders. Most have university educations and many are movers and shakers. They are interested in social change and the arts.

As a web-based news source, what sort of reach does Newz4U enjoy?
KJ: In 2014 we had over 449K readers who read over 2.4 million articles. We average 31K monthly readers going through 146K articles.

What stories do you look for?
KJ: We are always looking for new stories about social issues. Fresh produce in the city, and childhood hunger is a current issue we are tackling hard. In Canada’s largest business city it is mind-blowing how many go to bed hungry every night or haven’t got a bed to sleep in. We’ve covered Pride and the Caribbean Festival for several years, looking into the areas that aren’t touched by mainstream.

The arts are also a strong interest for us. We cover as many events, big and small, as possible. Right now we are working on the RBC Taylor Prize and the Lionel Gelber Prize, both covering Canadian non-fiction literature. Each shortlisted book is read and reviewed prior to the prize announcements. It’s a lot of work but promoting our Canadian authors is very important. These men and women are putting forth some amazing work. Photography, fine arts and music are also a prime focus. We hope to be at the Junos this year with one of our newest writers whose focus is music. 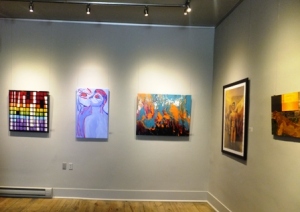 We will also be covering sports at the Pan Am Games. Our sports photographer, Hugh McClean, has been covering soccer and rugby in the past year, two sports that get very little coverage in the city.

Do you offer sponsored pages or ad space and if so, what is the range of $s?
KJ: This is a hard one for us but yes we do have ad space. Ads run from $25 to $150 a month depending on placement. We have plans to change up our layout in mid-March/early-April that will allow for pages to be sponsored as well. Prices for this are still in the works.

We also have a sponsorship program which gives ‘free’ ad space for Toronto small businesses. Our Angel sponsors keep us going and growing.

NEWZ4U.NET gives back to the community by offering local grassroots and small charities space for promoting themselves and their events for FREE.

How do people reach you for editorial coverage and/or advertising?
KJ: We are always available via email at editor@newz4u.net. We respond within 24 hours Monday-Friday. You can always get in touch with me personally on Twitter @kjjournalist.